See below for a hand-picked selection of powerful fiction and non-fiction reads of First Nations experiences. 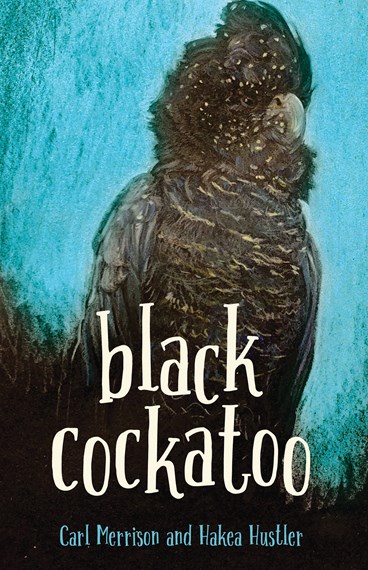 Black Cockatoo is a vignette that follows Mia, a young Aboriginal girl as she explores the fragile connections of family and culture. Mia is a 13-year-old girl from a remote community in the Kimberley. She is saddened by the loss of her brother as he distances himself from the family. She feels powerless to change the things she sees around her, until one day she rescues her totem animal, the dirran black cockatoo, and soon discovers her own inner strength. 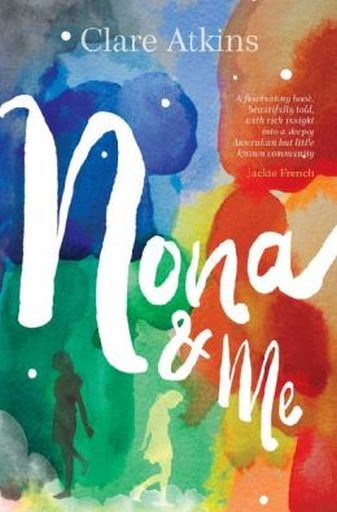 Born just five days apart in a remote corner of the Northern Territory, the girls are inseperable, until Nona moves away at the age of nine. By the time she returns, they're in year 10 and things have changed. Rosie has lost interest in the community, preferring to hang out in the nearby mining town, where she goes to school with the glamorous Selena, and her gorgeous older brother, Nick. 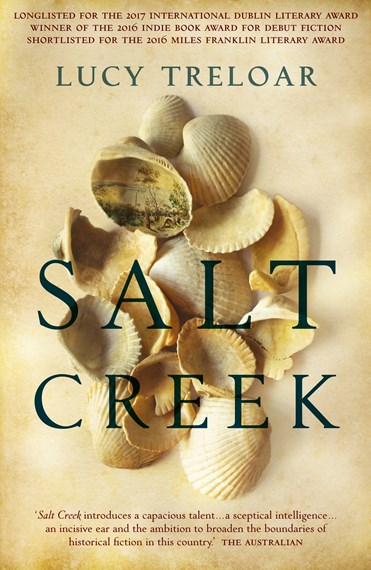 1855. Failed entrepreneur Stanton Finch moves his family from Adelaide to the remote Coorong area of Southern Australia, in pursuit of his dream to become a farmer.
Housed in a driftwood cabin, they try to make the best of their situation. The children roam the beautiful landscape of Salt Creek; visitors are rare but warmly welcomed; a local Indigenous boy becomes almost part of the family. Yet there are daily hardships, and tensions with the Ngarrindjeri people they have displaced; disaster never seems far away. 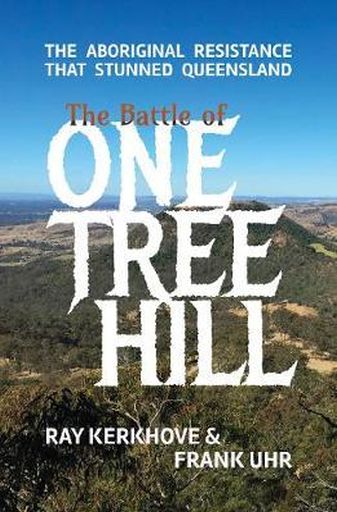 The Battle of One Tree Hill tells the story of one of the most audacious stands against this influx. It concerns actions engineered by a father and son, Moppy and Multuggerah. In 1843, this culminated in an ingenious ambush and one of the first solid defeats of white settlement in Queensland. 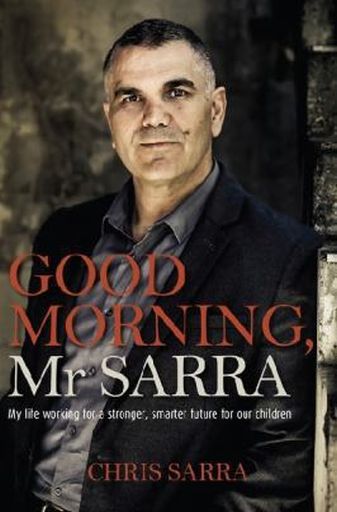 When Chris Sarra arrived as the first Aboriginal principal of Cherbourg State School in 1998, it was a time of high hopes but low expectations in Indigenous education. Over the next six years, he transformed the school into a national success story, but not without controversy along the way. 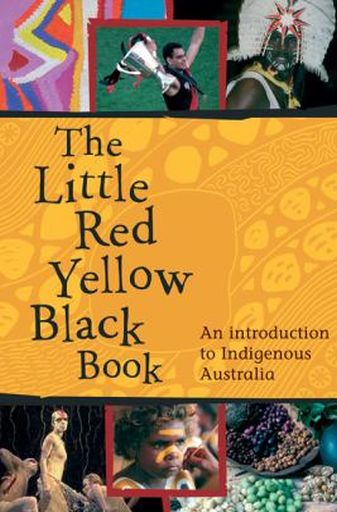 An in-depth introduction to Australia’s rich, indigenous culture, this pocket-sized guide is an invaluable resource for learning about the 60,000-year-old history of the country. Containing everything from history and rarely seen photographs to information on traveling respectfully, the content is written by indigenous people and follows their cultural protocols and ethics. Presented in a nonchronological approach, the guide is ultimately less a mere reference and more a story of identity and continuity. 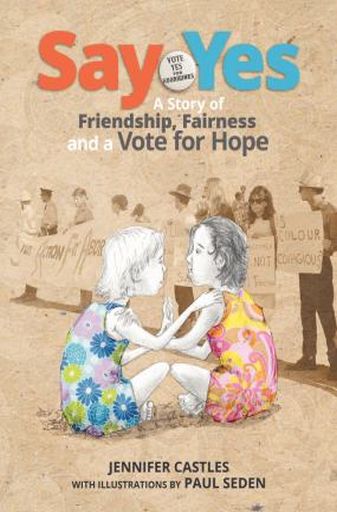 A story about how the events surrounding the historic 1967 Australian Referendum played out in the everyday lives of two young girls. Once there were two little girls who were best friends. They did everything together. As they got older they weren't allowed to do the same things anymore. Because they looked different. Because of the law. This is a story about the landmark 1967 Referendum, the two women who came together to change the law -- and how the Australian people said YES. 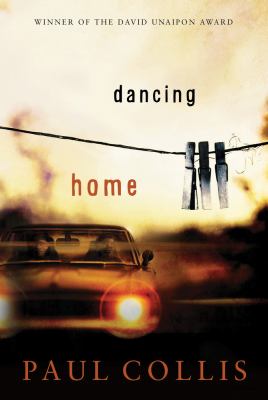 'When he was in jail, he'd begun to prepare himself for the fight of his life, a showdown with the policeman, McWilliamsa In Dubbo, he reckoned, he'd face life with death, and see who blinked first.' Blackie and Rips are fresh out of prison when they set off on a road trip back to Wiradjuri country with their mate Carlos. Blackie is out for revenge against the cop who put him in prison on false grounds.  Part road-movie, part 'Koori-noir', Dancing Home announces an original and darkly funny new voice in Indigenous Australian writing. 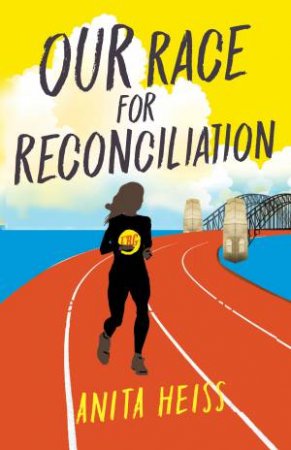 Mel Gordon loves running, and watching Seinfeld, but mostly she loves Cathy Freeman. It's 2000 and the Olympics are going to be held in Australia. In a year of surprises, Mel finds out that Cathy Freeman is coming to talk to her school. And her family is heading to Sydney! It becomes an unforgettable journey to Corroboree 2000, bringing together all Australians as they march and sing and celebrate Australia's Indigenous heritage and also acknowledge past wrong. 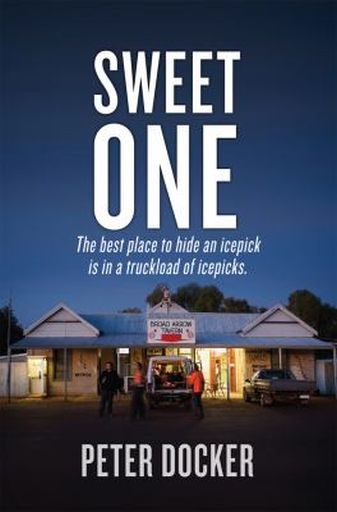 When a senior Aboriginal war veteran dies horribly at the hands of state government authorities, Izzy, a journalist and daughter of a war veteran herself, flies to the goldfields of Western Australia to cover his death. But Izzy is about to learn that for every action there is an equal and bloody reaction. On the trail of the vigilantes, she finds herself embedded in a secret war that is finally, irrevocably, going to explode onto the surface. 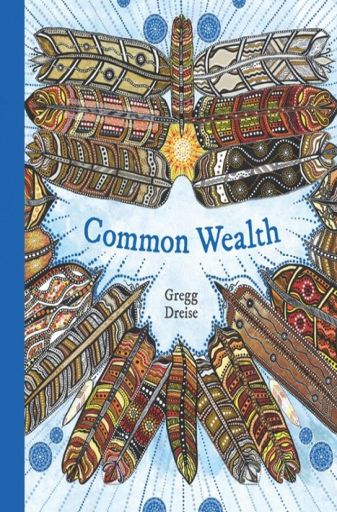 A slam poetry persuasive and powerful vision of unity from award-winning First Nations creator Gregg Dreise. Passionate, yet peaceful, Common Wealth is a compelling plea for a future of truth, togetherness and respect for our nation's deep history. 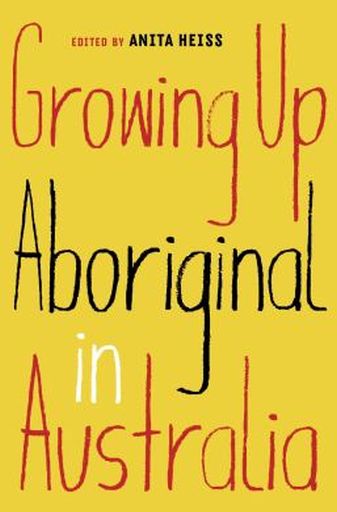 What is it like to grow up Aboriginal in Australia? This anthology, compiled by award-winning author Anita Heiss, attempts to showcase as many diverse voices, experiences and stories as possible in order to answer that question. Each account reveals, to some degree, the impacts of invasion and colonisation – on language, on country, on ways of life, and on how people are treated daily in the community, the education system, the workplace and friendship groups. 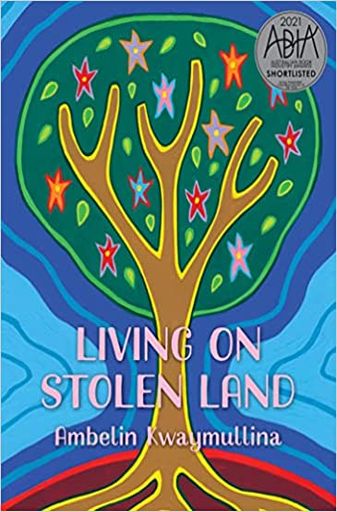 Living on Stolen Land is a prose-styled look at our colonial-settler 'present'. This book is the first of its kind to address and educate a broad audience about the colonial contextual history of Australia, in a highly original way. It pulls apart the myths at the heart of our nationhood, and challenges Australia to come to terms with its own past and its place within and on 'Indigenous Countries' 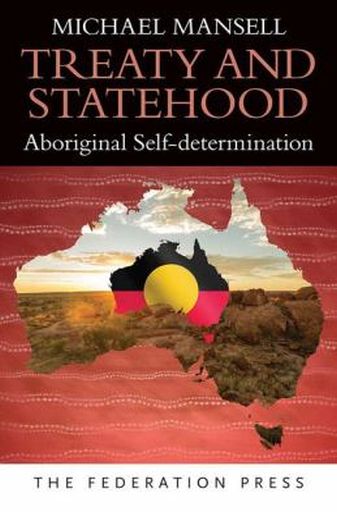 Treaty and Statehood: Aboriginal Self-determination, by Aboriginal author Michael Mansell, answers these questions and more. Mansell examines the New Zealand model of designated Māori seats and applies the idea to comprise 12 Indigenous Senators in Australia. He argues designated seats and a treaty are constitutionally permissible, and details the possible content for a treaty. He discusses the meaning of self-determination and its limitations, and also thoroughly reviews Aboriginal sovereignty and its function in a modern Australia. 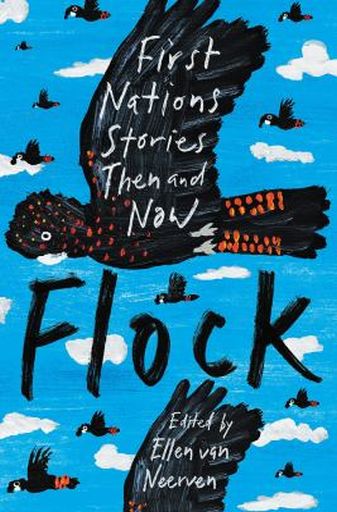 This wide-ranging and captivating anthology showcases both the power of First Nations writing and the satisfaction of a good short story. Curated by award-winning author Ellen van Neerven, Flock roams the landscape of Aboriginal and Torres Strait Islander storytelling, bringing together voices from across the generations. Flock confirms the ongoing resonance and originality of First Nations stories. 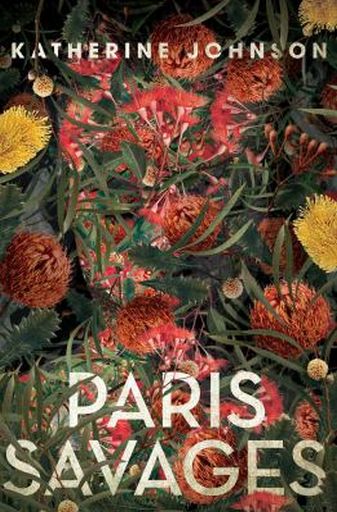 Based on a true story, Paris Savages takes us from colonised Australia to the heart of Europe in 1882, where three young Aboriginal people were taken to perform for mass entertainment.   A story of love, hardship, spirituality, culture and the fight against injustice, Paris Savages brings a little known part of history to blazing life for the first time, from one of Australia's most promising novelists. 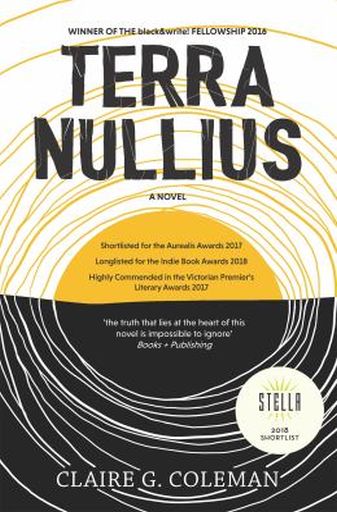 The Natives of the Colony are restless. The Settlers are eager to have a nation of peace, and to bring the savages into line. Families are torn apart, reeducation is enforced. This rich land will provide for all.
This is not Australia as we know it. This is not the Australia of our history. 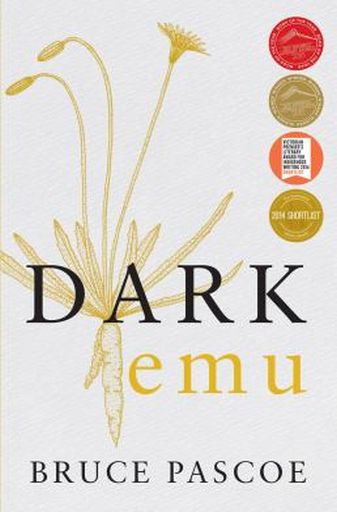 Dark Emu argues for a reconsideration of the 'hunter-gatherer' tag for pre-colonial Aboriginal Australians and attempts to rebut the colonial myths that have worked to justify dispossession. Accomplished author Bruce Pascoe provides compelling evidence from the diaries of early explorers that suggests that systems of food production and land management have been blatantly understated in modern retellings of early Aboriginal history, and that a new look at Australia’s past is required. 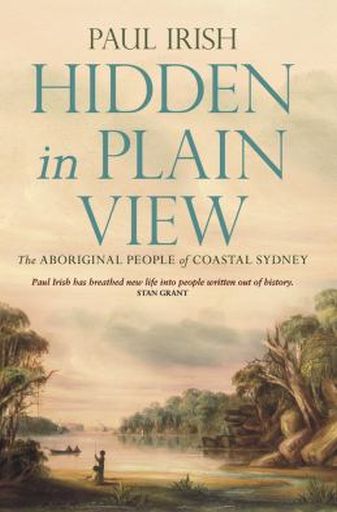 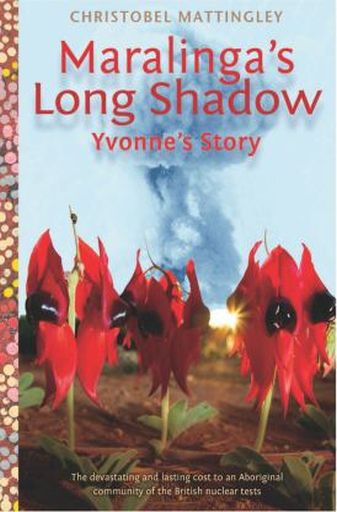 The powerful story of Yvonne Edwards, artist and community leader, who lived on or near the Maralinga lands, and the cost of the fall-out for herself and her family from the nuclear tests in the 1950s. 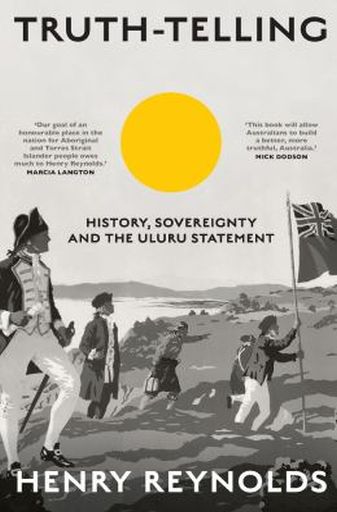 What if the sovereignty of the First Nations was recognised by European international law in the eighteenth and nineteenth centuries? What if the audacious British annexation of a whole continent was not seen as acceptable at the time and the colonial office in Britain understood that 'peaceful settlement' was a fiction? Henry Reynolds pulls the rug from legal and historical assumptions in a book that's about the present as much as the past. This book shows exactly why our national war memorial must acknowledge the frontier wars, why we must change the date of our national day, and why treaties are important. Most of all, it makes urgently clear that the Uluru Statement is no rhetorical flourish but carries the weight of history and law and gives us a map for the future. 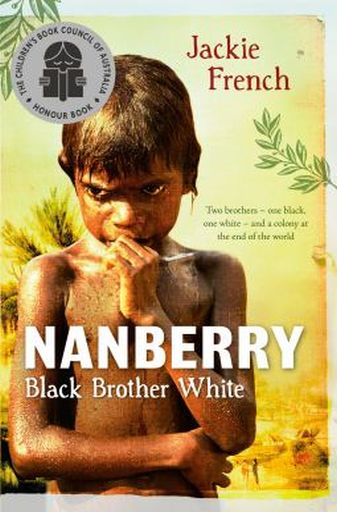 It's 1789, and as the new colony in Sydney Cove is established, Surgeon John White defies convention and adopts Nanberry, an Aboriginal boy, to raise as his son. Nanberry is clever and uses his unique gifts as an interpreter to bridge the two worlds he lives in.With his white brother, Andrew, he witnesses the struggles of the colonists to keep their precarious grip on a hostile wilderness. And yet he is haunted by the memories of the Cadigal warriors who will one day come to claim him as one of their own. 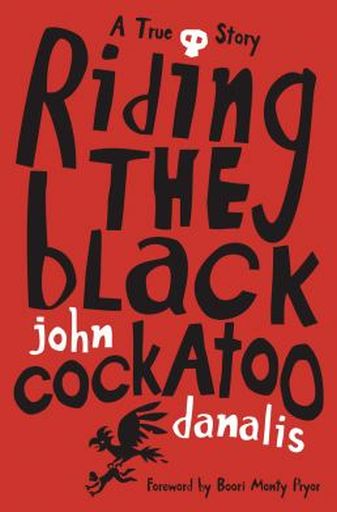 This is the compelling story of how the skull of an Aboriginal man, found on the banks of the Murray river over 40 years ago, came to be returned to his Wamba Wamba descendants. A story of awakening, atonement, forgiveness and friendship. 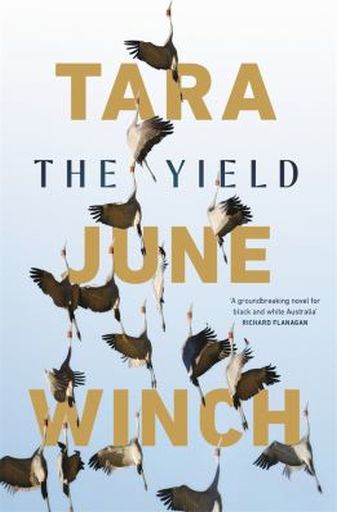 The yield in English is the reaping, the things that man can take from the land. In the language of the Wiradjuri yield is the things you give to, the movement, the space between things: baayanha. Knowing that he will soon die, Albert 'Poppy' Gondiwindi takes pen to paper. His life has been spent on the banks of the Murrumby River at Prosperous House, on Massacre Plains. Albert is determined to pass on the language of his people and everything that was ever remembered. He finds the words on the wind. The Yield is the story of a people and a culture dispossessed. But it is as much a celebration of what was and what endures, and a powerful reclaiming of Indigenous language, storytelling and identity. 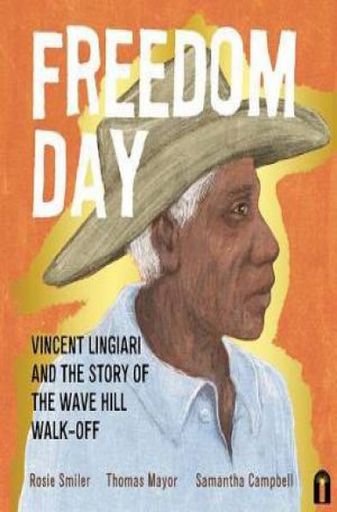 A non-fiction picture book about Vincent Lingiari and the 200 courageous Indigenous stockmen and their families who walked off the Wave Hill Cattle Station in the Northern Territory in 1966. 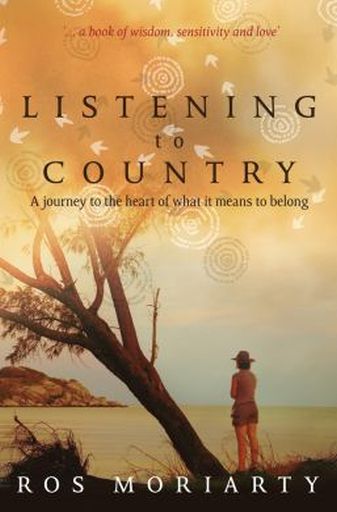 Ros Moriarty, a white woman married to an Aboriginal man, takes an emotional journey across country and culture to the Northern Territory's Tanami Desert with the matriarchs of her husband's Aboriginal family to perform ceremony 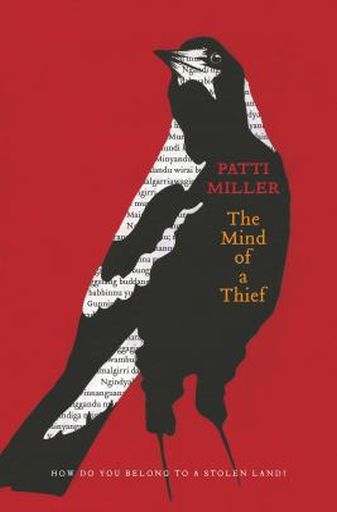 A superior memoir by an accomplished writer at the height of her powers. For 40,000 years the Central NSW area of Wellington was Aboriginal Wiradjuri land. Following the arrival of white men, it became a penal settlement, mission station, gold mining town and farming centre with a history of white comfort and black marginalisation. 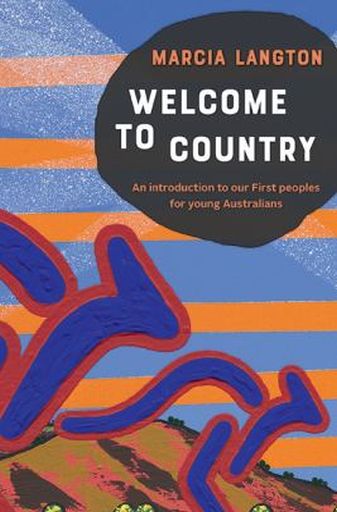 Welcome to Country is essential reading for every young Australian. The chapters cover prehistory, post-colonial history, language, kinship, knowledge, art, performance, storytelling, native title, the Stolen Generations, making a rightful place for First Australians and looking to the future for Indigenous Australia. This book is for the new Australian generations and works towards rectifying the wrongs of this country's past.