These series have been popular with past Year 7 students, based on survey results and how often they've been borrowed.
Click on an image below to reserve your copy from our library. 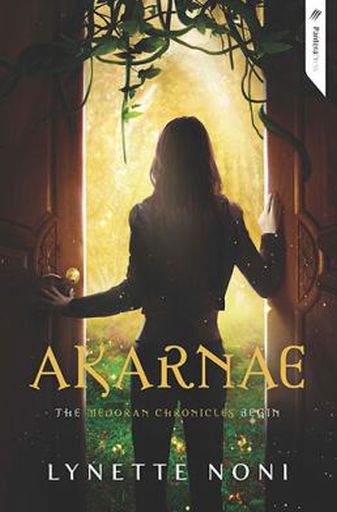 With just one step, sixteen-year-old Alexandra Jennings' world changes--literally. Dreading her first day at a new school, Alex is stunned when she walks through a doorway and finds herself stranded in Medora, a fantasy world full of impossibilities. 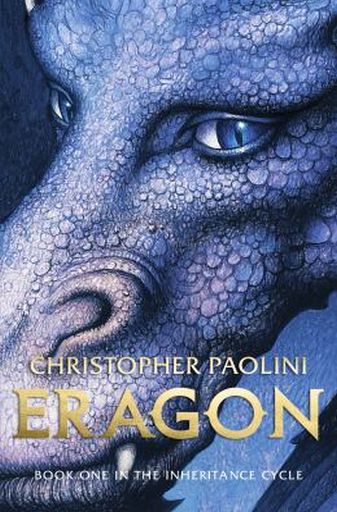 When Eragon finds a polished blue stone in the forest, he thinks it is the lucky discovery of a poor farm boy; perhaps it will buy his family meat for the winter. But when the stone brings a dragon hatchling, Eragon soon realizes he has stumbled upon a legacy nearly as old as the Empire itself. 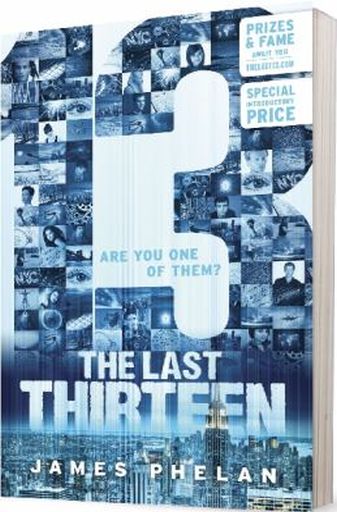 Sam wakes from his nightmare to discover the terrifying reality. It will come true.
Kidnapped from school and finding out his parents aren't who he thinks they are, Sam is suddenly running from danger at every turn. Nothing will ever be the same again. 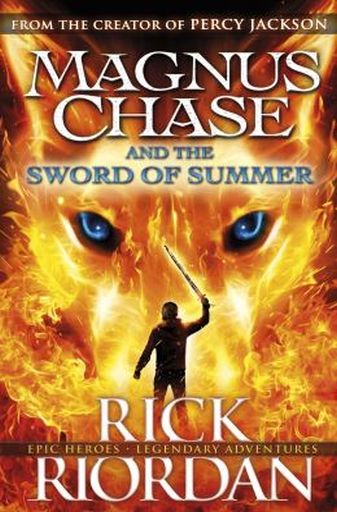 Magnus Chase has seen his share of trouble. Ever since that terrible night two years ago when his mother told him to run, he has lived alone on the streets of Boston, surviving by his wits, staying one step ahead of the police and the truant officers.
One day, Magnus learns that someone else is trying to track him down—his uncle Randolph, a man his mother had always warned him about. When Magnus tries to outmaneuver his uncle, he falls right into his clutches. Randolph starts rambling about Norse history and Magnus's birthright: a weapon that has been lost for thousands of years. 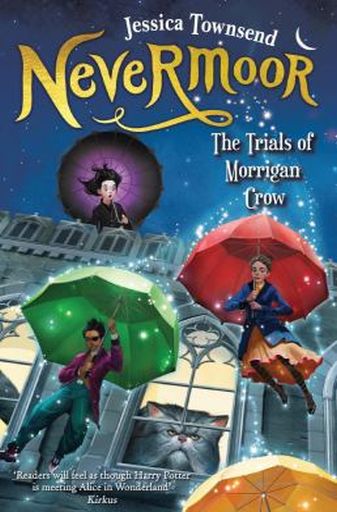 A cursed girl escapes death and finds herself in a magical world - but is then tested beyond her wildest imagination
Morrigan Crow is cursed. Having been born on Eventide, the unluckiest day for any child to be born, she's blamed for all local misfortunes, from hailstorms to heart attacks--and, worst of all, the curse means that Morrigan is doomed to die at midnight on her eleventh birthday. 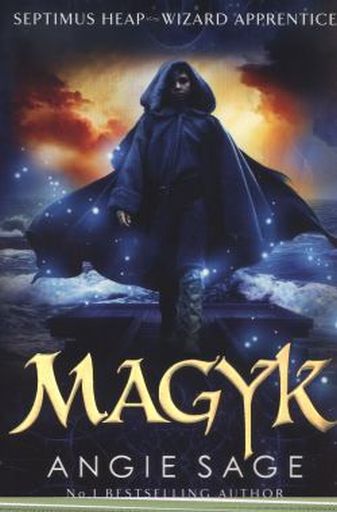 The 7th son of the 7th son, aptly named Septimus Heap, is stolen the night he is born by a midwife who pronounces him dead. That same night, the baby's father, Silas Heap, comes across a bundle in the snow containing a newborn girl with violet eyes. The Heaps take this helpless newborn into their home, name her Jenna, and raise her as their own. But who is this mysterious baby girl, and what really happened to their beloved son, Septimus? 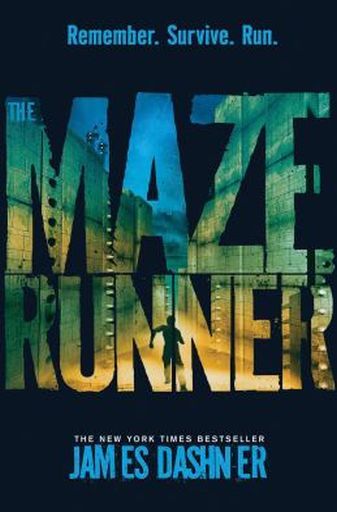 When Thomas wakes up in the lift, the only thing he can remember is his name. He’s surrounded by strangers—boys whose memories are also gone.

Nice to meet ya, shank. Welcome to the Glade.

Outside the towering stone walls that surround the Glade is a limitless, ever-changing maze. It’s the only way out—and no one’s ever made it through alive.

Everything is going to change.

Then a girl arrives. The first girl ever. And the message she delivers is terrifying. 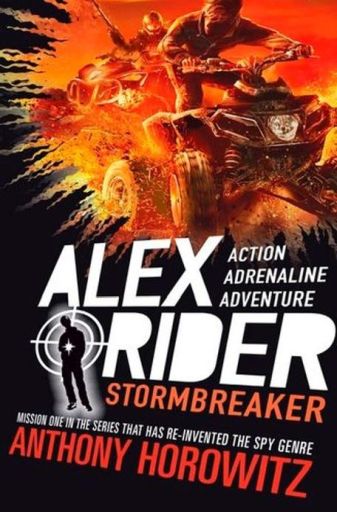 They told him his uncle died in an accident. He wasn't wearing his seatbelt, they said. But when fourteen-year-old Alex finds his uncle's windshield riddled with bullet holes, he knows it was no accident. 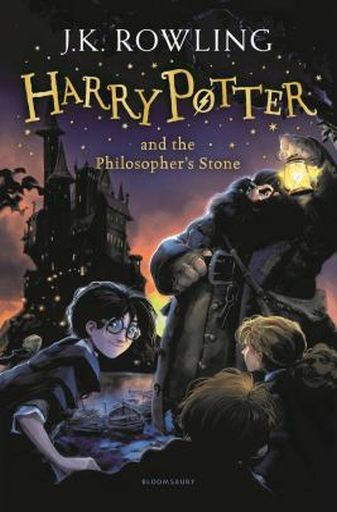 Harry Potter's life is miserable. His parents are dead and he's stuck with his heartless relatives, who force him to live in a tiny closet under the stairs. But his fortune changes when he receives a letter that tells him the truth about himself: he's a wizard. 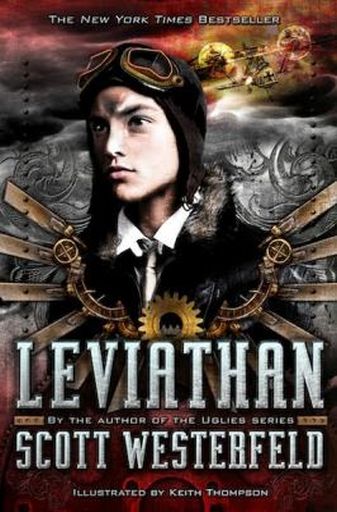 Prince Aleksander, would-be heir to the Austro-Hungarian throne, is on the run. His own people have turned on him. His title is worthless. All he has is a battletorn war machine and a loyal crew of men.
Deryn Sharp is a commoner, disguised as a boy in the British Air Service. She's a brilliant airman. But her secret is in constant danger of being discovered. 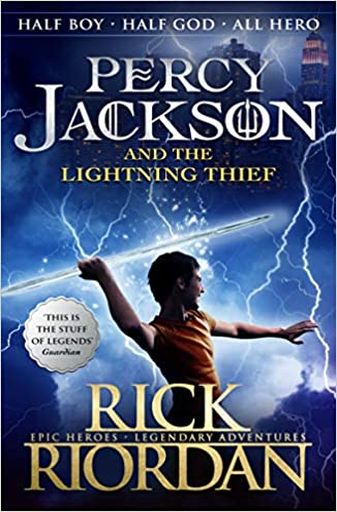 Percy Jackson is a good kid, but he can't seem to focus on his schoolwork or control his temper. And lately, being away at boarding school is only getting worse. Percy could have sworn his pre-algebra teacher turned into a monster and tried to kill him.
When Percy's mom finds out, she knows it's time that he knew the truth about where he came from, and that he go to the one place he'll be safe. She sends Percy to Camp Half Blood, a summer camp for demigods (on Long Island), where he learns that the father he never knew is Poseidon, God of the Sea. 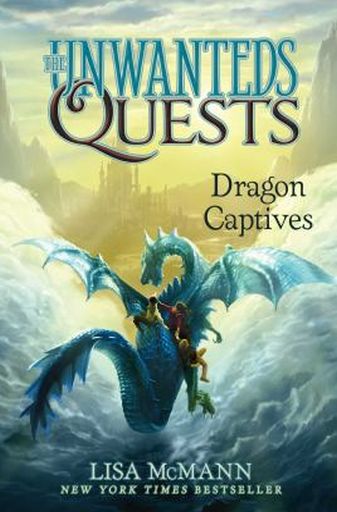 Identical twins Fifer and Thisbe Stowe have amazing yet uncontrollable magical abilities. They’re naturally more gifted than even their brother, Alex, the head mage of Artimé, could hope to be. But when they accidentally use their magic in the jungle of Artimé to strike down a beloved creature, Alex is furious, and threatens to lock them away until they can learn to control their power. 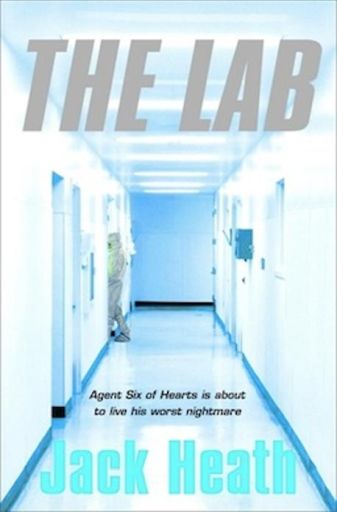 In a near-future world run by an evil corporation, the only justice comes from an organization called the Deck. Each agent in the deck belongs to a suit -- the Hearts and Diamonds are the operatives, the Clubs do the training, and the Spades monitor internal affairs. The hero is a 16-yr-old, Six of Hearts. (The highest ranking in each group is the King, and so forth, with the whole shebang led by the two Jokers). Six of Hearts is the best operative they have -- all the more impressive (and convenient for us) because he never kills anyone. 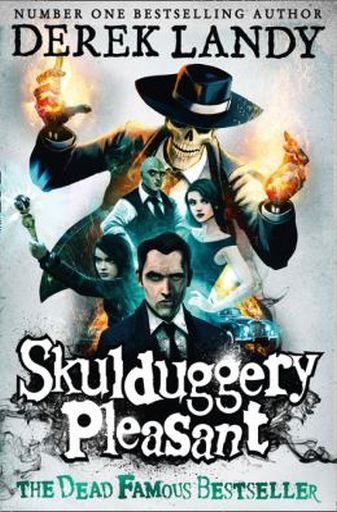 —as well as ally, protector, and mentor of Stephanie Edgley, a very unusual and darkly talented twelve-year-old.

These two alone must defeat an all-consuming ancient evil.

The end of the world?

Over his dead body. 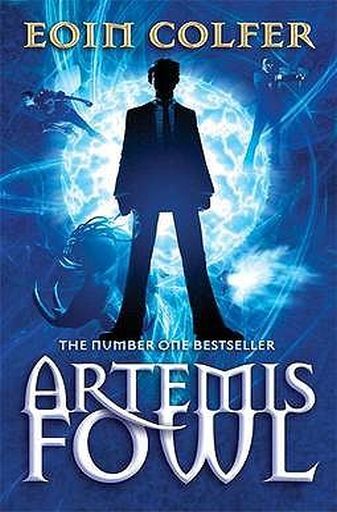 Twelve-year-old criminal mastermind, Artemis Fowl, hatches an ingenious plot to steal all the gold in fairy land. Although a little dubious about the plan - indeed not even quite believing in the existence of fairies - his trusty bodyguard and companion, Butler, is on hand to help. 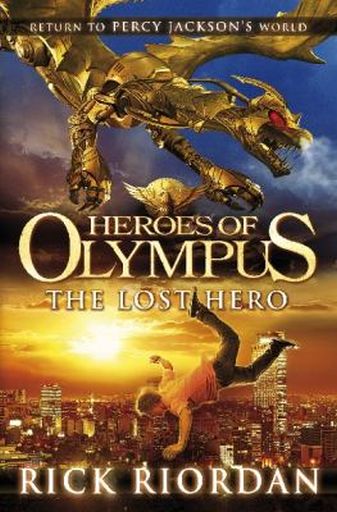 Jason has a problem. He doesn’t remember anything before waking up in a bus full of kids on a field trip. Apparently he has a girlfriend named Piper, and his best friend is a guy named Leo. They’re all students at the Wilderness School, a boarding school for “bad kids," as Leo puts it. What did Jason do to end up here? And where is here, exactly? Jason doesn't know anything—except that everything seems very wrong. 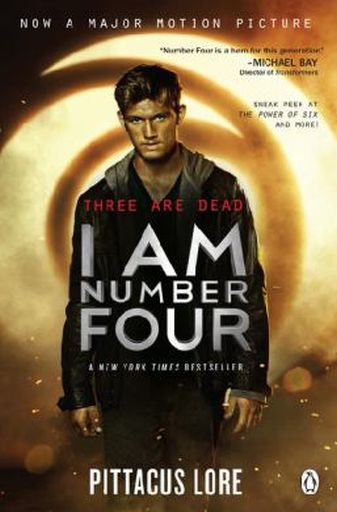 Nine of us came here. We look like you. We talk like you. We live among you. But we are not you. We can do things you dream of doing. We have powers you dream of having. We are stronger and faster than anything you have ever seen. We are the superheroes you worship in movies and comic books--but we are real. 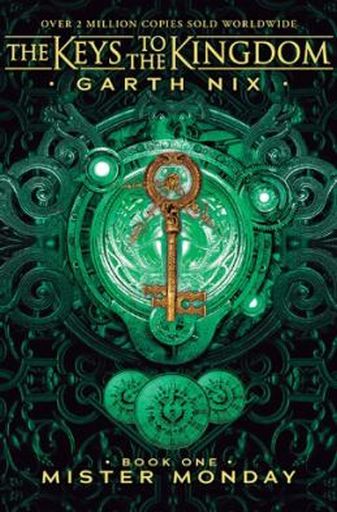 Arthur Penhaligon's first days at his new school don't go too well, particularly when a fiendish Mister Monday appears, gives Arthur a magical clock hand, and then orders his gang of dog-faced goons to chase Arthur around and get it back. But when the confused and curious boy discovers that a mysterious virus is spreading through town, he decides to enter an otherworldly house to stop it. 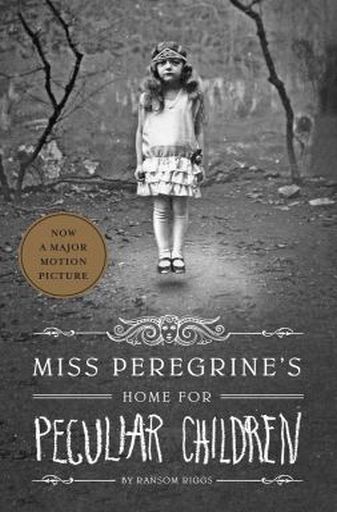 A mysterious island. An abandoned orphanage. A strange collection of very curious photographs. It all waits to be discovered in Miss Peregrine's Home for Peculiar Children, an unforgettable novel that mixes fiction and photography in a thrilling reading experience. As our story opens, a horrific family tragedy sets sixteen-year-old Jacob journeying to a remote island off the coast of Wales, where he discovers the crumbling ruins of Miss Peregrine's Home for Peculiar Children. 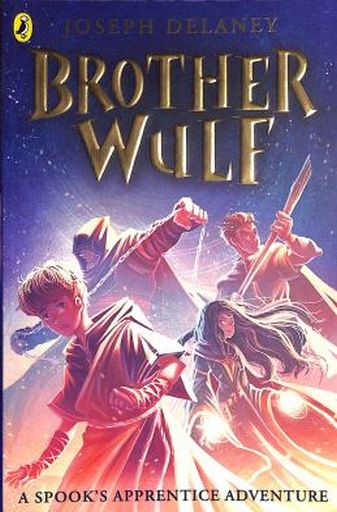 When young novice monk Brother Beowulf is sent to spy on Spook Johnson, he has no idea of the trouble he's about to find himself in. Johnson boasts to Wulf of his battles against demonic creatures, and even seems to imprisons local witches, though Wulf is sceptical - not least because the church has taught him that Spooks are a force for evil, and not to be trusted. But then the monsters Johnson claims to fight turn out to be very real indeed, and soon Wulf is forced to seek help from another young Spook, Tom Ward, who terrifies and charms him in equal measure. 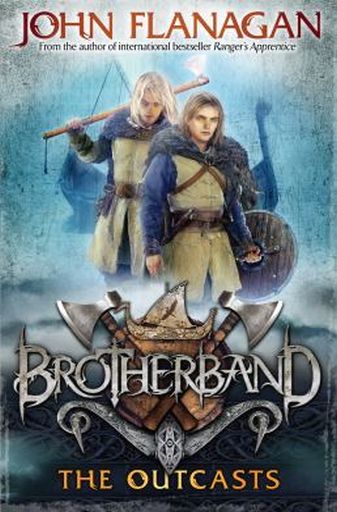 They are outcasts. Hal, Stig, and the others - they are the boys the others want no part of. Skandians, as any reader of Ranger's Apprentice could tell you, are known for their size and strength. Not these boys. Yet that doesn't mean they don't have skills. And courage - which they will need every ounce of to do battle at sea against the other bands, the Wolves and the Sharks, in the ultimate race. The icy waters make for a treacherous playing field . . . especially when not everyone thinks of it as playing. 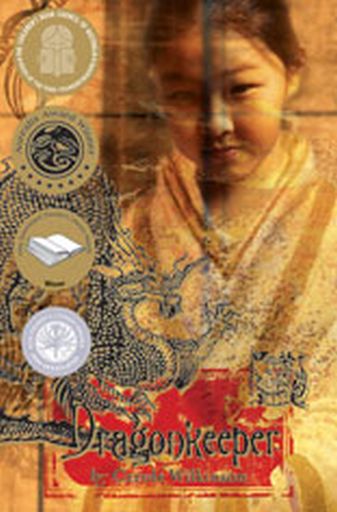 Ancient China, Han Dynasty. A slave girl saves the life of an ageing dragon and escapes her brutal master. Pursued by a ruthless dragon hunter, the girl and the dragon make an epic journey across China carrying a mysterious stone that must be protected. 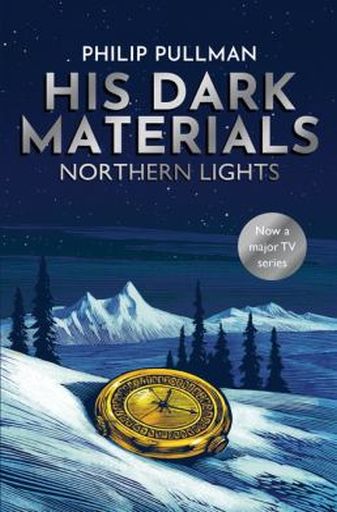 When Lyra's friend Roger disappears, she and her dæmon, Pantalaimon, determine to find him.
The ensuing quest leads them to the bleak splendour of the North, where armoured bears rule the ice and witch-queens fly through the frozen skies - and where a team of scientists is conducting experiments too horrible to be spoken about. 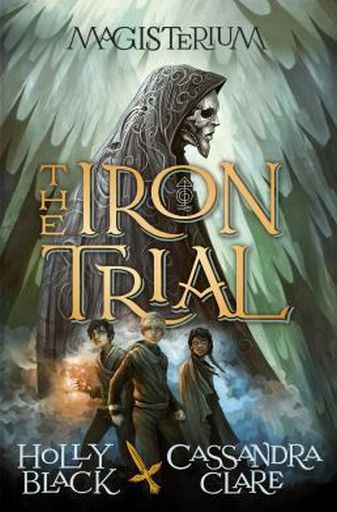 All his life, Call has been warned by his father to stay away from magic. To succeed at the Iron Trial and be admitted into the vaunted Magisterium school would bring bad things. But he fails at failing. Only hard work, loyal friends, danger, and a puppy await. 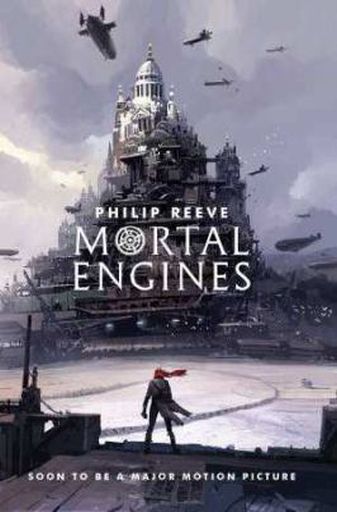 "It was a dark, blustery afternoon in spring, and the city of London was chasing a small mining town across the dried-out bed of the old North Sea."
The great traction city London has been skulking in the hills to avoid the bigger, faster, hungrier cities loose in the Great Hunting Ground. But now, the sinister plans of Lord Mayor Mangus Crome can finally unfold. 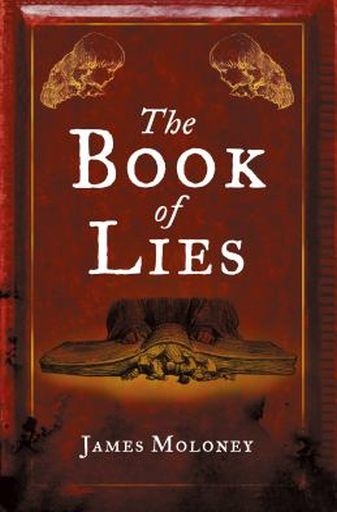 The newest boy at Mrs. Timmins's Home for Orphans and Foundlings awakes at first light with no name and no memory. But a strange girl who hides among the shadows of the orphanage tells him that a mysterious wizard's creation, the Book of Lies, holds the answers, and then gives him one clue: "Your name is Marcel." 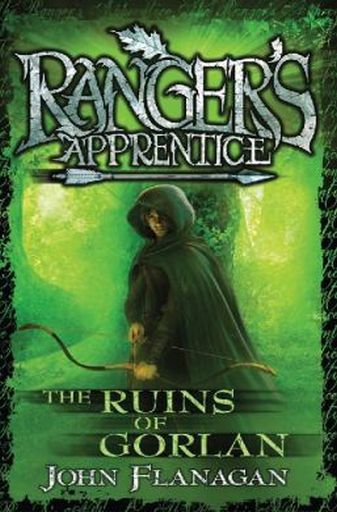 They have always scared him in the past — the Rangers, with their dark cloaks and shadowy ways. The villagers believe the Rangers practice magic that makes them invisible to ordinary people. And now 15-year-old Will, always small for his age, has been chosen as a Ranger's apprentice. What he doesn't yet realize is that the Rangers are the protectors of the kingdom. 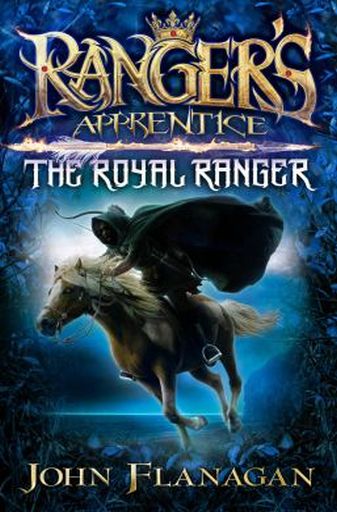 After a senseless tragedy destroys his life, Will is obsessed with punishing those responsible - even if it means leaving the Ranger Corps. His worried friends must find a way to stop him taking such a dark path.
It is Halt who suggests the solution: Will must take an apprentice. The candidate Halt has in mind surprises everyone - and it's a request Will cannot refuse.