Cherub Series
CHERUB agents are highly trained, extremely talented--and all under the age of seventeen. For official purposes, these agents do not exist. They are sent out on missions to spy on terrorists, hack into crucial documents, and gather intel on global threats—all without gadgets or weapons. It is an exceptionally dangerous job, but these agents have one crucial advantage: adults never suspect that teens are spying on them. James is the latest CHERUB recruit. He’s a bit of a troublemaker, but he’s also brilliant. And CHERUB needs him. James has no idea what to expect, but he’s out of options. Before he can start in the field he must first survive one hundred grueling days of basic training, where even the toughest recruits don’t make it to the end.

Hendersons Boys Series
Summer, 1940.Hitler's army is advancing towards Paris, and millions of French civilians are on the run.Amidst the chaos, two British children are being hunted by German agents.British spy Charles Henderson tries to reach them first, but he can only do it with the help of a twelve-year-old French orphan.The British secret service is about to discover that kids working undercover will help to win the war.For official purposes, these children do not exist. 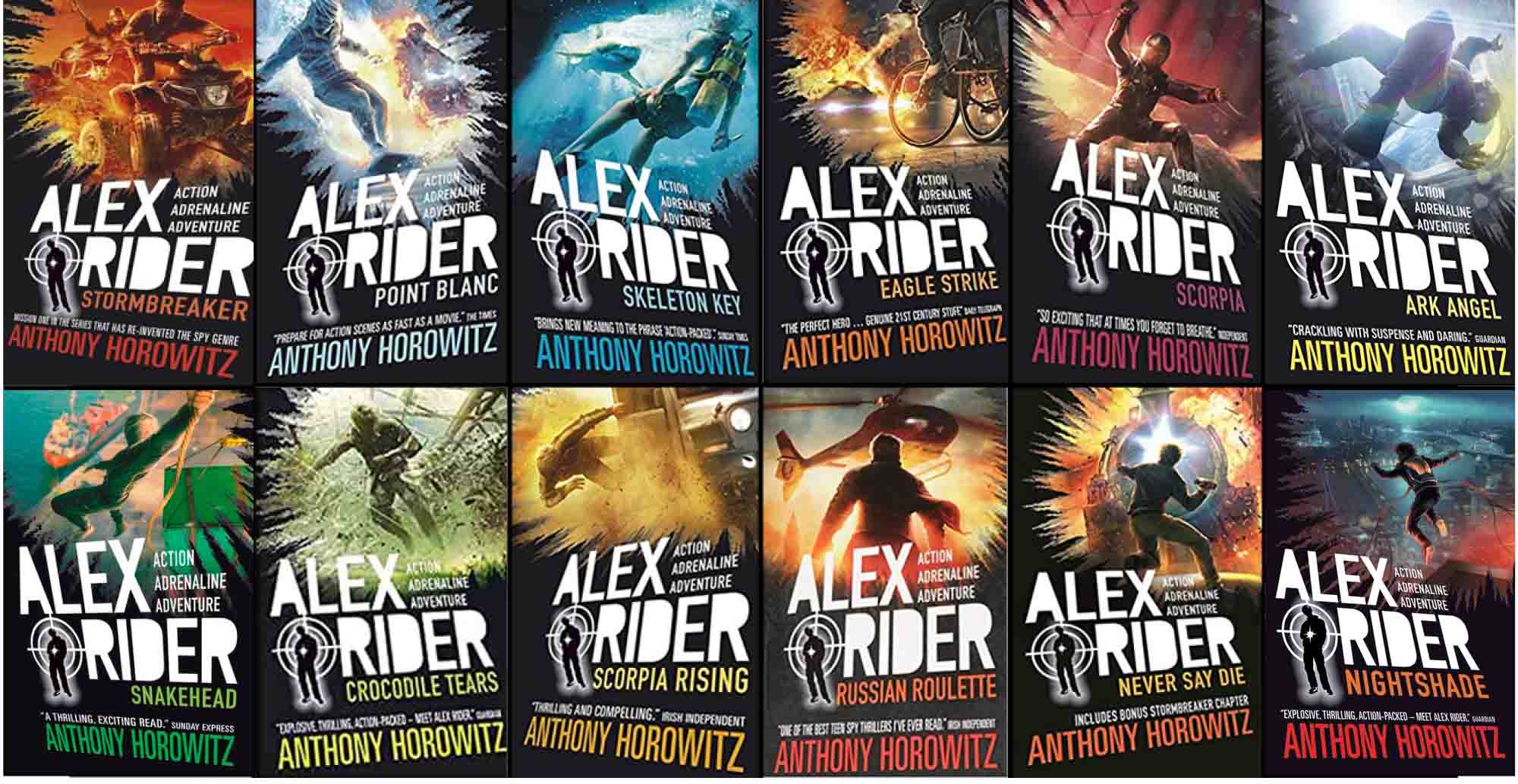 Alex Rider series
They told him his uncle died in an accident. He wasn't wearing his seatbelt, they said. But when fourteen-year-old Alex finds his uncle's windshield riddled with bullet holes, he knows it was no accident. What he doesn't know yet is that his uncle was killed while on a top-secret mission. But he is about to, and once he does, there is no turning back. Finding himself in the middle of terrorists, Alex must outsmart the people who want him dead. The government has given him the technology, but only he can provide the courage. Should he fail, every child in England will be murdered in cold blood.

Graphic Novel series
They have become a phenomenon. The Alex Rider adventures are now bestsellers the world over, and the book that started it all, Stormbreaker, is soon to be a major motion picture. Now is your chance to see this book visualized in a brand-new format, with bold, edgy, manga-like illustrations that bring Alex Rider to life in a way not seen before. For existing fans of the series, this graphic novel will be a must-have; for those yet to discover Stormbreaker, this will be the perfect introduction. 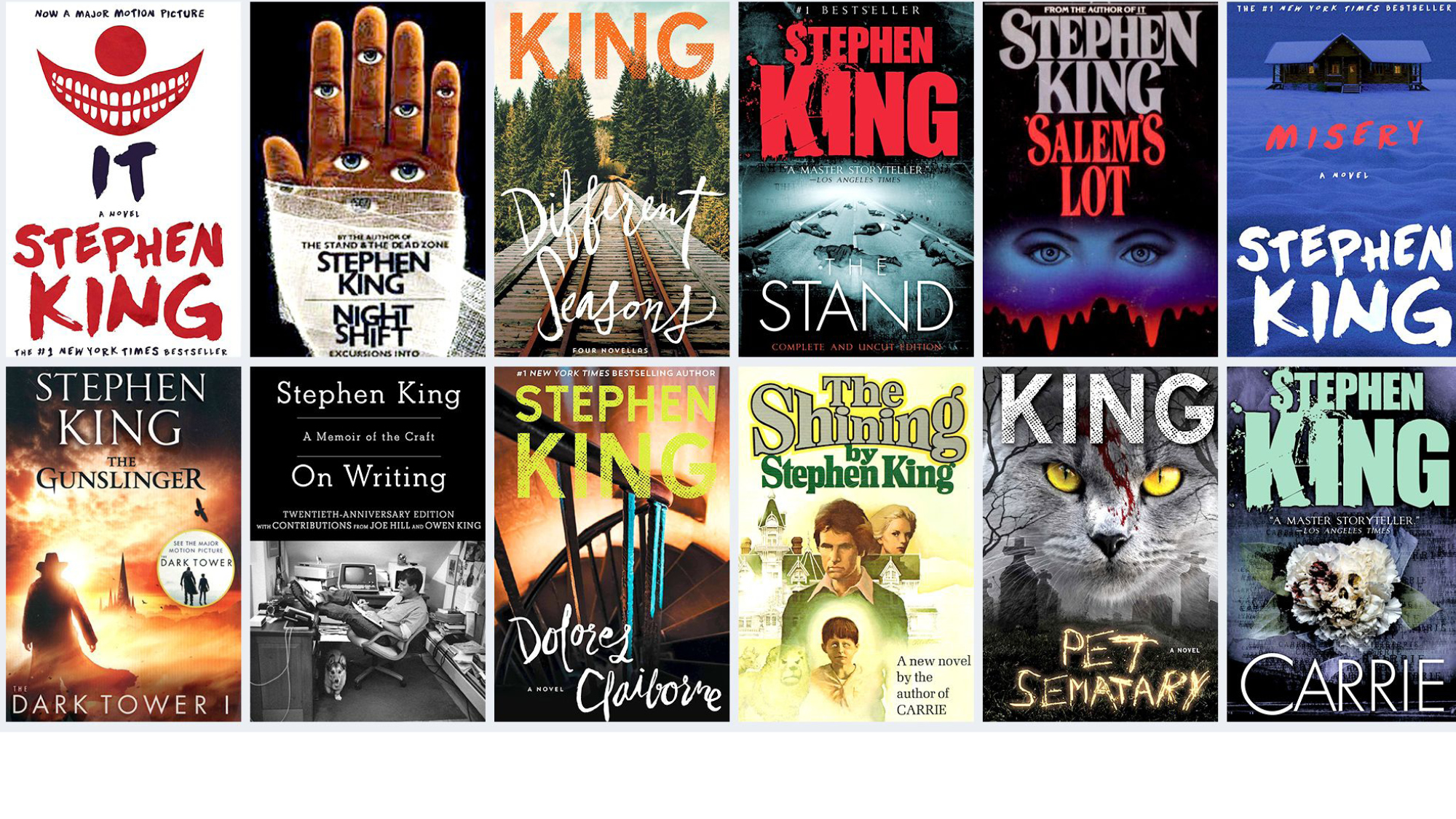 Stephen Edwin King is an American author of horror, supernatural fiction, suspense, crime, science-fiction, and fantasy novels. His books have sold more than 350 million copies, and many have been adapted into films, television series, miniseries, and comic books.

The Hitchhiker's Guide to the Galaxy series
Seconds before the Earth is demolished to make way for a galactic freeway, Arthur Dent is plucked off the planet by his friend Ford Prefect, a researcher for the revised edition of The Hitchhiker's Guide to the Galaxy who, for the last fifteen years, has been posing as an out-of-work actor. Together this dynamic pair begin a journey through space aided by quotes from The Hitchhiker's Guide ("A towel is about the most massively useful thing an interstellar hitchhiker can have") and a galaxy-full of fellow travelers: Zaphod Beeblebrox—the two-headed, three-armed ex-hippie and totally out-to-lunch president of the galaxy; Trillian, Zaphod's girlfriend (formally Tricia McMillan), whom Arthur tried to pick up at a cocktail party once upon a time zone; Marvin, a paranoid, brilliant, and chronically depressed robot; Veet Voojagig, a former graduate student who is obsessed with the disappearance of all the ballpoint pens he bought over the years. 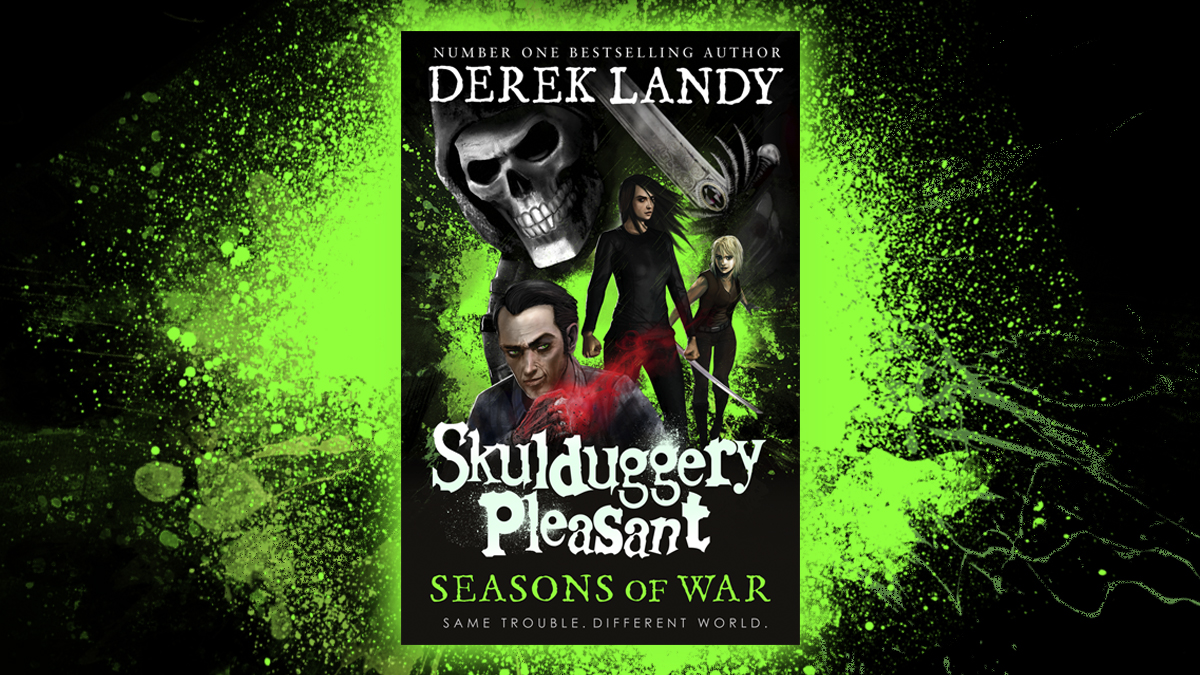 The Hunger Games Series
In the ruins of a place once known as North America lies the nation of Panem, a shining Capitol surrounded by twelve outlying districts. The Capitol is harsh and cruel and keeps the districts in line by forcing them all to send one boy and once girl between the ages of twelve and eighteen to participate in the annual Hunger Games, a fight to the death on live TV. Sixteen-year-old Katniss Everdeen regards it as a death sentence when she steps forward to take her sister's place in the Games. But Katniss has been close to dead before—and survival, for her, is second nature. Without really meaning to, she becomes a contender. But if she is to win, she will have to start making choices that weight survival against humanity and life against love. 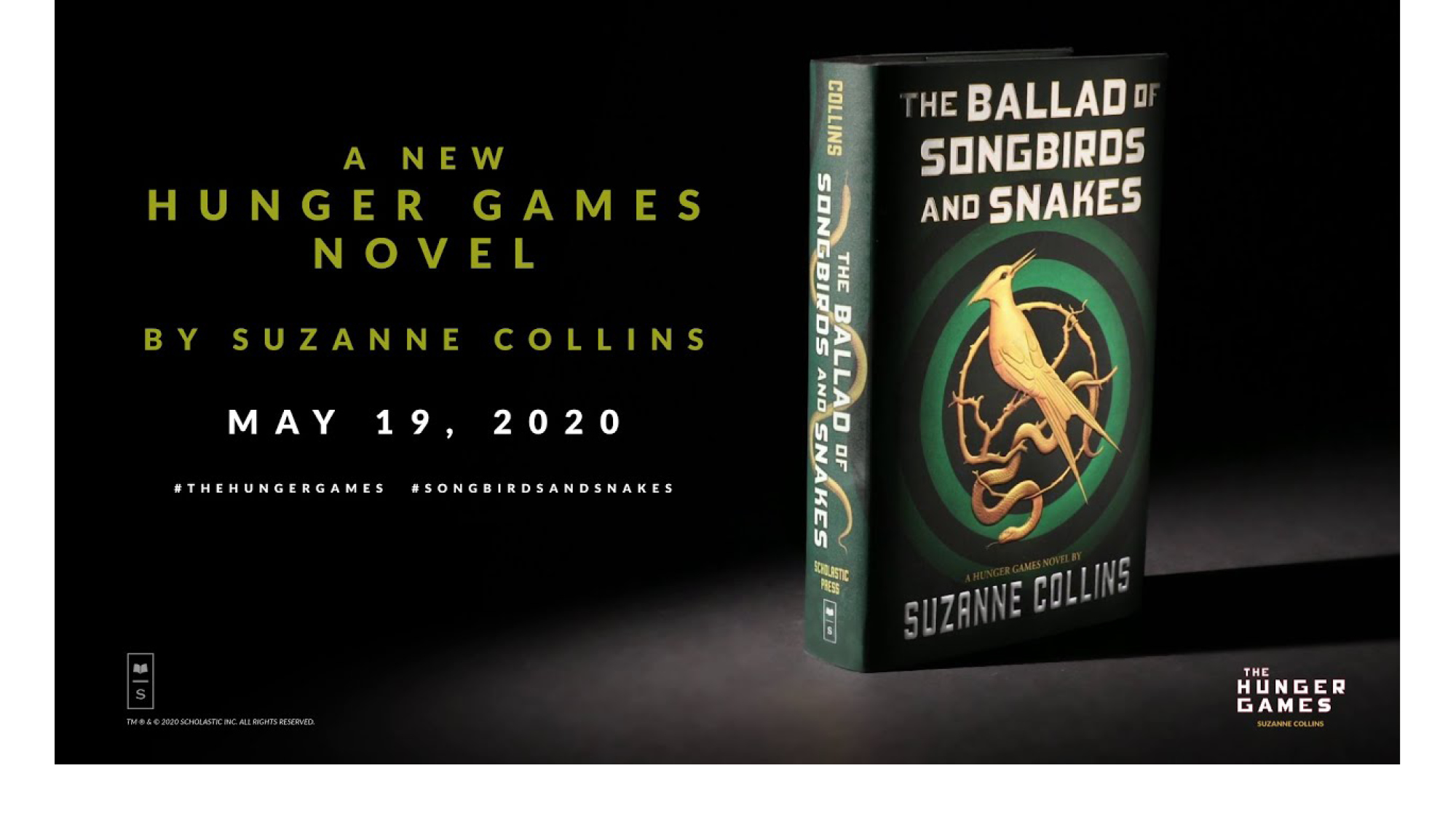 Chaos Walking series
Todd Hewitt is the only boy in a town of men. Ever since the settlers were infected with the Noise germ, Todd can hear everything the men think, and they hear everything he thinks. Todd is just a month away from becoming a man, but in the midst of the cacophony, he knows that the town is hiding something from him -- something so awful Todd is forced to flee with only his dog, whose simple, loyal voice he hears too. With hostile men from the town in pursuit, the two stumble upon a strange and eerily silent creature: a girl. Who is she? Why wasn't she killed by the germ like all the females on New World? Propelled by Todd's gritty narration, readers are in for a white-knuckle journey in which a boy on the cusp of manhood must unlearn everything he knows in order to figure out who he truly is. 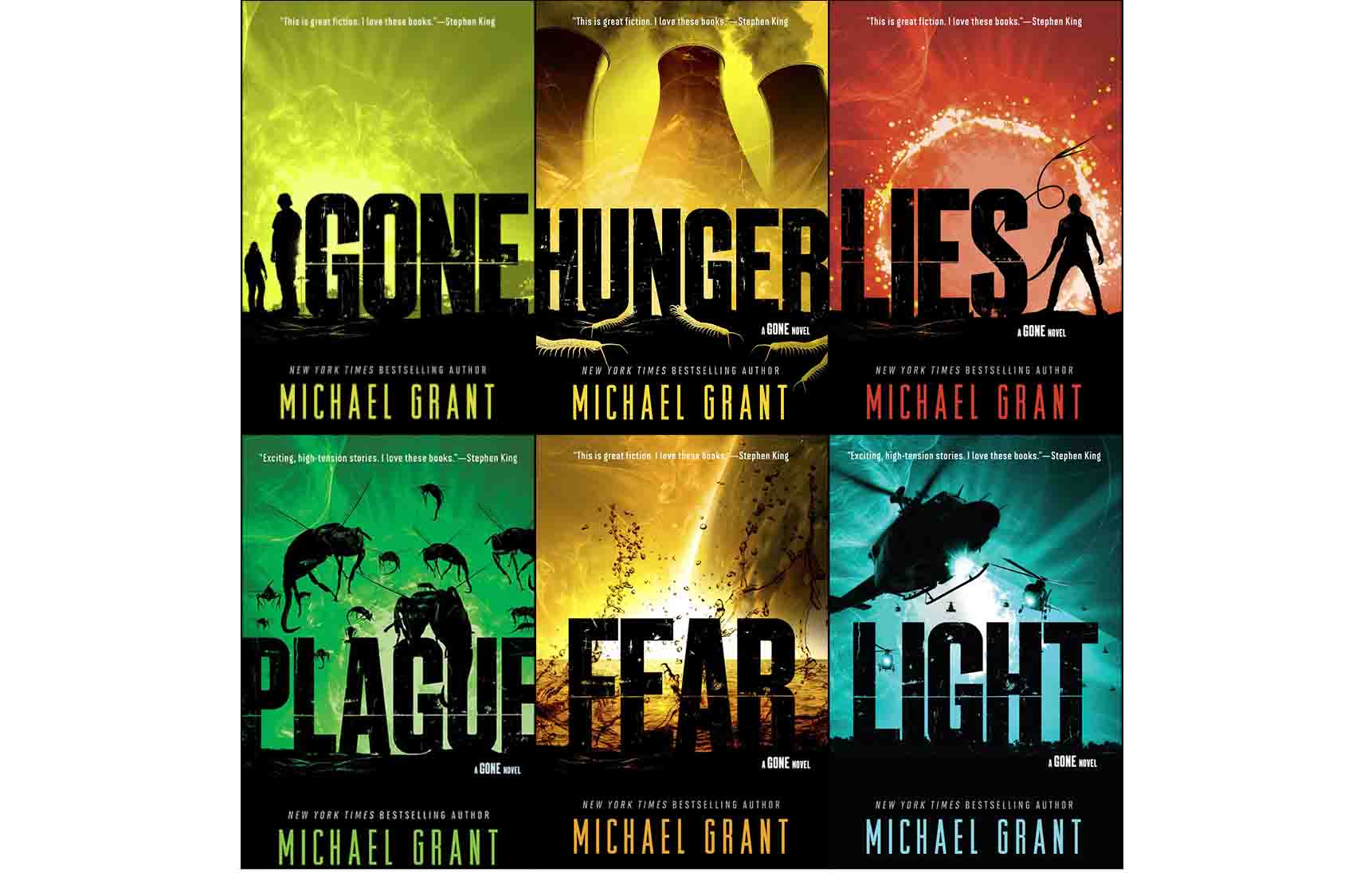 Gone series
In the blink of an eye, everyone disappears. Gone. Except for the young. There are teens, but not one single adult. Just as suddenly, there are no phones, no internet, no television. No way to get help. And no way to figure out what's happened. Hunger threatens. Bullies rule. A sinister creature lurks. Animals are mutating. And the teens themselves are changing, developing new talents—unimaginable, dangerous, deadly powers—that grow stronger by the day. It's a terrifying new world. Sides are being chosen, a fight is shaping up. Townies against rich kids. Bullies against the weak. Powerful against powerless. And time is running out: on your birthday, you disappear just like everyone else....

Monster series
It's been four years since a meteorite hit Perdido Beach and Everyone disappeared. Gone. Everyone, except the kids trapped in the FAYZ - an invisible dome that was created by an alien virus. Inside the FAYZ, animals began to mutate and teens developed dangerous powers. the terrifying new world was plagued with hunger, lies, and fear of the unknown. Now, four years later, meteorites are hitting Earth with a virus that is even deadlier. Humans will mutate into creates with power...and the whole world will be exposed. But power corrupts. As some teens begin to morph into heroes, they will find that others become dangerously out of control and that the world is on the brink of a monstrous battle between good and evil. And there is only one thing more terrifying than the fear of the unknown: when history repeats itself.

Divergent series
In Beatrice Prior's dystopian Chicago world, society is divided into five factions, each dedicated to the cultivation of a particular virtue—Candor (the honest), Abnegation (the selfless), Dauntless (the brave), Amity (the peaceful), and Erudite (the intelligent). On an appointed day of every year, all sixteen-year-olds must select the faction to which they will devote the rest of their lives. For Beatrice, the decision is between staying with her family and being who she really is—she can't have both. So she makes a choice that surprises everyone, including herself.

During the highly competitive initiation that follows, Beatrice renames herself Tris and struggles alongside her fellow initiates to live out the choice they have made. Together they must undergo extreme physical tests of endurance and intense psychological simulations, some with devastating consequences. As initiation transforms them all, Tris must determine who her friends really are—and where, exactly, a romance with a sometimes fascinating, sometimes exasperating boy fits into the life she's chosen. But Tris also has a secret, one she's kept hidden from everyone because she's been warned it can mean death. And as she discovers unrest and growing conflict that threaten to unravel her seemingly perfect society, she also learns that her secret might help her save those she loves . . . or it might destroy her.