Graphic Novels are now recognized as an integral part of any library collection. Not only do they serve as a bridge between traditional literature and students who may be struggling to read, they also develop essential visual literacy skills. A Graphic Novel is a stimulating and accessible medium for complex story telling.

Graphic Story Telling and the New Literacies: an interview with the NCTE Educator Peter Gutierrez.

A lot of critical attention has been focused recently on how to adapt education to encompass new digital technologies and modes of receiving information. There’s no question that today’s students are living in—and interacting with— More...

Scott Robins on a parents guide to the best comics for kids.

Toronto librarian Scott Robins recently teamed up with writer Snow Wildsmith to release A Parent's Guide to the Best Kids' Comics, a remarkably thorough guide to all the graphic novels currently available for young readers. More than a simple rundown of titles, the book carefully indexes content and age-appropriateness and provides useful synopses. More...

Mob Psycho 100
Do you or someone you know need an exorcist who works cheap? Reigen's your guy! What's his secret to busting ghosts while keeping prices low? Well, first, he's a fraud, and second, he pays the guy who's got the real psychic power - his student assistant Shigeo - less than minimum wage. Shigeo is an awkward but kind boy whose urge to help others and get along with them is bound up with the mental safety locks he's placed on his own emotions. Reigen knows he needs to exploit Shigeo to stay in business, yet for better or worse he's also his mentor and counselor. And he also knows whenever the normally repressed kid's emotions reach level 100, it may unleash more psychic energy than either of them can handle!.

Tokyo Ghoul
Ghouls live among us, the same as normal people in every way -- except their craving for human flesh. Ken Kaneki is an ordinary college student until a violent encounter turns him into the first half-human half-ghoul hybrid. Trapped between two worlds, he must survive Ghoul turf wars, learn more about Ghoul society and master his new powers.

Death Note
Light Yagami is an ace student with great prospects - and he's bored out of his mind. But all that changes when he finds the Death Note, a notebook dropped by a rogue Shinigami, a death god. Any human whose name is written in the notebook dies, and now Light has vowed to use the power of the Death Note to rid the world of evil. But when criminals begin dropping dead, the authorities send the legendary detective L to track down the killer. With L hot on his heels, will Light lose sight of his noble goal... or his life?

A Brief History of the Graphic Novel
by Stan Tychinski

In 1978, Marvel Comics produced the first original mass-market trade paperback graphic novel, THE SILVER SURFER, by Stan Lee and Jack Kirby. Lee and Kirby were paid standard rates for their work, but Marvel reaped all the profit. Later that year, Eclipse Comics released SABRE by Don McGregor and Paul Gulacy. Sabre, a science-fiction adventure story, was the first graphic novel that granted full copyright ownership and sales royalties to its creators. Other major creator graphic novels also released around this time were A CONTRACT WITH GOD by Will Eisner (the first creator owned and published graphic novel) and ELFQUEST by Wendy and Richard Pini (the first creator owned series to receive mass market distribution in mainstream bookstores).

1985 saw the release of DC Comics' THE WATCHMEN by Alan Moore and Dave Gibbons. Watchmen was notable as being the first collected series graphic novel, spinning out of a new comics vehicle called the limited series, which were designed to only last a finite number of issues. This limited series concept would prove to be a major factor in today's collected series graphic novels. WATCHMEN remains one of the most best-selling graphic novels of all time, continuing to make top ten sales lists over 20 years later.

Meanwhile, many of the artists from the underground comics were becoming involved in self-publishing graphic novels. Art Spiegleman, whose work first appeared in 'Raw', released MAUS: A SURVIVOR'S TALE. MAUS, the biographical story of Spiegleman's parents in World War 2 during the Holocaust, was nominated for several literary awards, and in 1992 received a special Pulitzer Prize.

Arguably the most successful graphic novel series in the United States so far has been Neil Gaiman's SANDMAN series, published by DC Comics under their Vertigo imprint. Collecting the original comic book series into book form, there are currently 10 volumes with estimated sales of over one million copies.

Today, graphic novels are an increasingly important part of comic book publishing. Along with a growing market for import books like Manga, traditional bookstores and libraries are carrying larger selections of graphic novels. With an ever-shrinking base of direct comic shops to sell from, publishers are finding that packaged collections (trade paperbacks) are very appealing to mainstream bookstores & libraries. Comic readers now "wait for the trade", because many of today's comics are produced in "story-arcs", basically limited series within the actual comic series' run. Many of these arcs are produced by big-name industry writers & artists, anxious to do a story about Batman or Spiderman, but unable to commit long-term to any given series. These "made-for-trade" five or six issue runs are usually collected into book form very soon after the final issue is released, and many of the trades feature expanded story or bonus features, similar to DVD packaging. 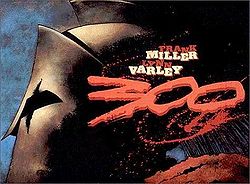 The success of such films as Spiderman & X-Men has led to Hollywood movie studios seeking out other comic related material. Films such as 300, V FOR VENDETTA, and soon WATCHMEN, all based on original comics & graphic novel series, have favorably increased the general public's awareness and opinion of comic books. Other non-mainstream creators such as Dan Clowes (Ghost World) and Harvey Pekar (American Splendor) have seen their graphic novels turned into critically acclaimed motion pictures. As current media interest continues to focus on comic books and related series, the popularity of the graphic novel will continue to grow. The time has come for graphic novels to take their place as valid literature in the World.