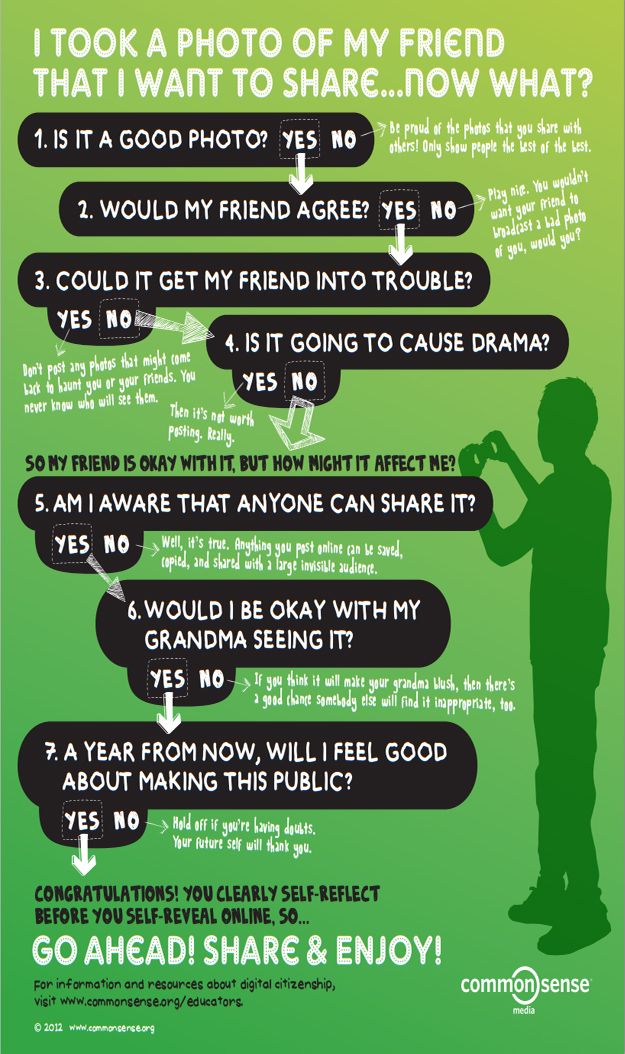 How to Erase Yourself from the Internet

Is it possible to eliminate your past life on the internet and start again?

While this is a fairly drastic step, it is possible to clean up a lot of your previous existence; however, it is still not likely that all traces of your digital footprint will ever be erased.

This post from Gizmodo, How to Erase Yourself from the Internet, explains the steps you will need to take, beginning with the big four: Facebook, Twitter, LinkedIn and Google+.  Other sites which can track down even more information are:

Best advice - be very careful about which sites you join, and which information you publish.

Your Whole Life is Online - Be Careful! 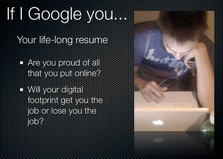 Try putting your own name into this search engine to see what is readily available on the interent about you:

What do you share online?  Do you know who's watching you?  Do you care?

How Smart are You Online?

What impression of yourself do you leave behind when you use the interent?

Do you ever think about the consequences of your actions?

Most poor behaviour and bad images result from impulsive and thoughtless decsions.

Once you post something, a copy of it is 'out there' forever... 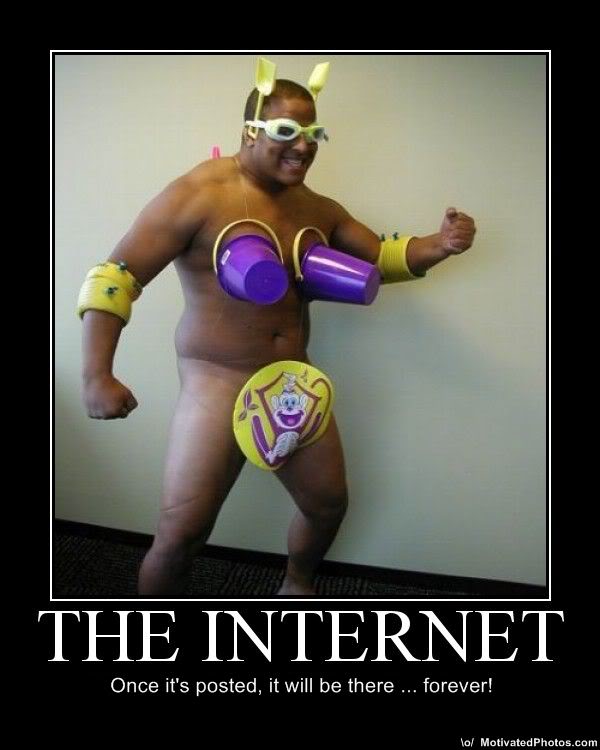 (from The Digital Citizen)

There's no such thing as 'deleted' on the internet 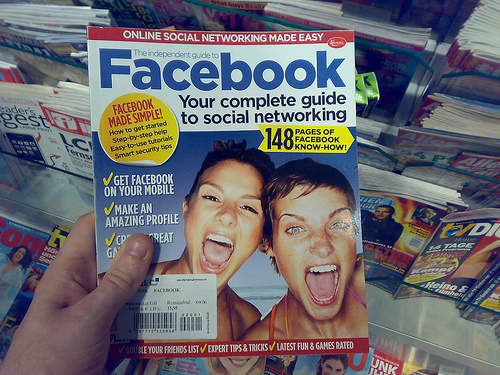 Researchers at Cambridge University  have looked at how long a photo stays areound on the internet after you delete it.

They posted photos on 16 different websites then deleted them. "The team said it was able to find them on seven sites - including Facebook - using the direct addresses, even after the photos appeared to have gone" (BBC News - Websites'keeping deleted photos')

"If you put a photo on Facebook in the first place, you should not assume that it will immediately completely cease to be as and when you want it to. Whilst "delete" is an option, people should assume that once online, something is online forever... just because you've deleted it, doesn't mean someone somewhere hasn't right-clicked it and clicked "Save Image As...", and then there's no stopping what they might want to do with it." (BBC News - Your Photos - Stuck in the Clioud?)

Alejandro Martínez-Cabrera, writer for the San Francisco Chronicle, says erasing all digital footprints is impossible, but erasing your profile from sites such as Facebook can be done. "Although many social networks will keep a copy of every comment or photo users have ever posted, services like Web 2.0 Suicide Machine offer to streamline the erasure of your digital content from sites like Facebook, MySpace, Twitter and LinkedIn. According to the Suicide Machine Web site, more than 4,000 persons have used its software to kill off their social network profiles"

Jeffrey Rosen, a law professor at George Washington University, writes in an article in The New York Times Magazine, "It’s often said that we live in a permissive era, one with infinite second chances. But the truth is that for a great many people, the permanent memory bank of the Web increasingly means there are no second chances — no opportunities to escape a scarlet letter in your digital past. Now the worst thing you’ve done is often the first thing everyone knows about you."(The Web means the End of Forgetting, July 19, 2010),

The Internet Never Forgets - This article from The Age (March 23,2013) shows how difficult it is to erase information about yourself, once it is on the internet.

''The difficulty of escaping your past is greatly magnified in an age when every word we speak and every tweet and every Facebook status update is recorded forever in the digital cloud. It used to be that only celebrities would have to worry about embarrassing things people wrote about them in the newspapers - now each of Facebook's 1 billion users has the same problem, without the resources to manage their reputation online.

''In the age of Google, the worst thing you've done is the first thing that people know about you.'' (Jeffrey Rosen) 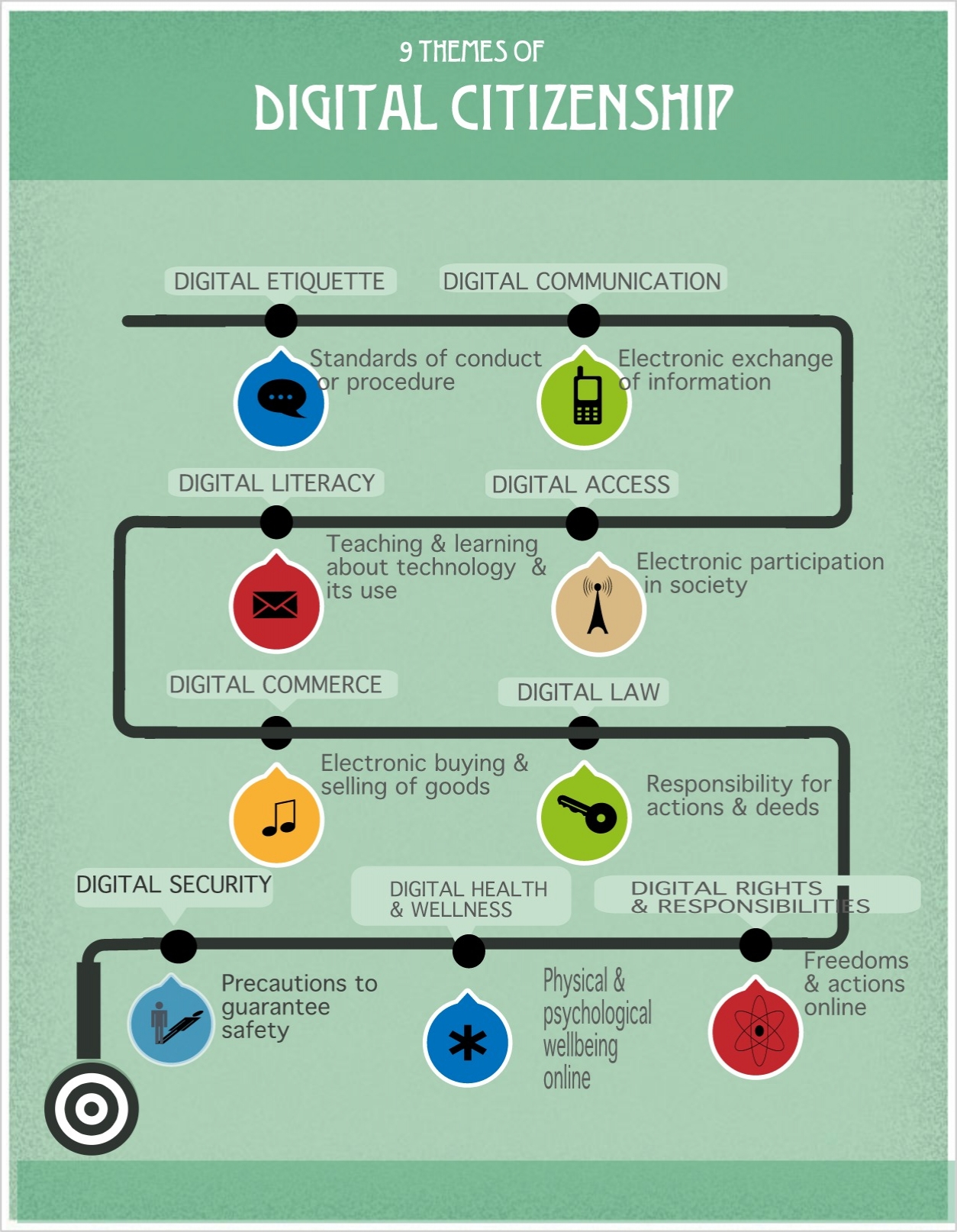